Learn Hacking With Netcat From Scratch

Netcat (usually abbreviated as NC) is a powerful information security tool used for reading from and writing to network connections using the TCP or UDP protocol. The name Netcat is derived from Net (for networking) and cat for concatenating data to a file.

Netcat is capable of performing multiple functionalities, something which has earned it the name of the Swiss army knife for Ethical Hacking.  Netcat is a feature-rich tool that is capable of creating nearly any type of connection,  which makes it extremely useful for performing network debugging and exploration.  Furthermore, it has been designed such that it can function both as a client and a server, which enhances its functionalities to a higher level.

- Chatting (where we create a simple chat server for two people to chat).

- File Transfer (where you can transfer different kinds of files like exe or text files from one computer to another ).

- Remote Administration with Netcat (where you will see how to create a backdoor in both Windows and Linux systems using Netcat). 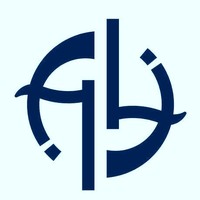