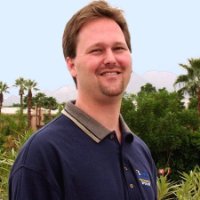 John Mark is also well known as the co-author of the wildly popular Scriptology book and CD ROM. John Mark launched a hands-on training class based on his Scriptology book and it has become so popular that it is now taught at MacWorld Exposition in San Francisco and New York. Most recently, John Mark was one of twelve trainers in the United States authorized to teach their new FileMaker Training Series of classes.

John Mark is a former technical editors for Advisor magazine working on the tips and tricks section which is the most popular column in the magazine.

No reviews yet for the instructor