Android Marshmallow came with brand new offerings for smartphones and smartwatches, allowing us with more features such as Google Now on Tap, better battery life, native support for fingerprint sensor and so much more. This allowed Marshmallow to become one of the fastest accepted Android update, with many people jumping at the chance to start developing apps for it.

Now, you can too build your own apps for your Android M phone and wearables, using nothing but Java. To learn you don’t need to have any background with Java, Android development or even coding. All you need is this course!

This tutorial has been designed as a comprehensive guide to help you become an Android master by learning exactly how to build apps with Android Marshmallow for your phones and your wearables. However, we are going to change it up a little bit!

You will learn exactly how to build apps for Android, by actually building them. 5 Different apps that will help you get started with the actual development process. Even if you don’t know Java, that’s not a problem. We have dedicated an entire module to helping you learn the basics of Java and how to start writing and coding in Java.

By the end of this course, not only will you be qualified to design and code your own apps, but you can also become a professional Android developer!

Here are some of the topics that are covered in this course:

5 Apps that you will Build from Scratch: 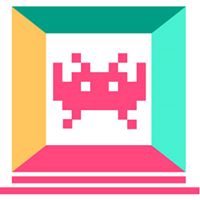 Software developer and founder of ZENVA. Since 2012, Pablo has been teaching online how to create games, apps and websitesto over 200,000 students through Zenva Academy platforms, and  .created content for companies such as Amazon and Intel.
Pablo is a member of the Intel Innovator Program in the Asia Pacific, and has run live programming workshops in San Francisco, Brisbane and Bangalore.
Pablo holds a Master in Information Technology (Management) degree from the University of Queensland (Australia) and a Master of Science in Engineering degree from the Catholic University of Chile.