Game development is one of the most upcoming fields, where people can show off their creatively as well as their skills. However, as always there are different tools that can help smooth things and make tasks easier. Construct 2 is one of these tools, which is a game engine that allows developers to code games in HTML5.

Construct 2 was primarily aimed at non-programmers who wanted to create games quickly and easily without having to resort to long lines of code. This enables developers to build simple games in a drag-and-drop fashion using a visual editor and a behavior-based logic system.

Now, what if you could learn how to build 60 different games without having to resort to long and boring theory? If you could simply build games by playing around with the software and learning using a hands-on approach?! Thats exactly what we have for you in this course!

In this amazing hands on course, we offer little to no theory, but rather a pure project based course to help you get started. No boring lessons, but actually diving deep and getting our hands dirty with the Construct 2 software!

You will start by building 60 DIFFERENT GAMES, starting with a simple one and building on with a more difficult one. With our experienced instructor, you will delve into your first game, maybe boost your career or even start a new career where you fuel your passions!

The course will start off with a How Do I two part introduction, from there you will get directly into your first game, where you will build an Avoid Falling Blocks game. Each game is sectioned into 3-5 videos, that are short and to the point to help you learn how to build games.

Some games that you will build:

So, what are you waiting for? Become a game master with this amazing game development course! 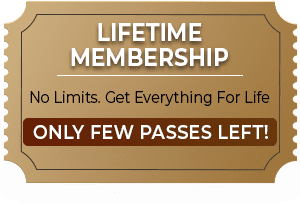