If you have ever thought about creating a product or selling your expertise online, but just do not know where to begin OR are looking to speed up the process - THIS IS YOUR COURSE!

I was laying in bed figuring out how much I was going to make as a Computer Engineer after graduation. Plugging the number away in my head, trying to do the math and figure out how much I would make per hour. I assumed I would be making about seventy thousand dollars per year. If I was working forty hour weeks, then I was probably going to be making about thirty-five dollars an hour.

I then thought back on a “how to” book I had purchased the day before. It was a lot for a college student, but worth it! I paid thirty-seven dollars for the book, and it was so awesome to me. The guy who wrote the book had come out publicly on an affiliate platform (ClickBank) and shown that he sold, on average, two hundred copies of that book per day. Two hundred copies!

I started doing the math, and at thirty-seven dollars per book, he was making about seven thousand dollars per day! Or $2,701,000 per year! To make that much money, I always believed you had to do something illegal for a living. It felt like a "dirty" secret to riches, and he was just giving it away.

But the craziest part is he only spent a few days writing the book, and once he was done-he NEVER had to write it again. The book did the rest for him, teaching on autopilot! He just made it once and then got paid for it over and over again! That is when I realized I did not want to sell my knowledge by the hour like all my classmates we are doing.I wanted to sell like this author!

And that is what I teach you to do. 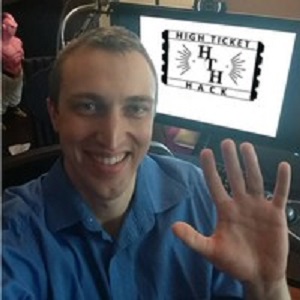