Learn Docker Deployment on AWS, plus get practical knowledge of AWS components with this Docker on Amazon ECS course.
4.6 (4 ratings) English (US) Instructor: Nick Janetakis

If you’ve every heard the term “well, it worked on my machine!”, you definitely know the horror of having apps crash when running on different versions or operating systems. Docker works wonders when it comes to this! Now combine this brilliant technology with AWS, and you get an even more powerful working environment.

Amazon’s experience with large and scalable infrastructures can definitely help when it comes to building large scale apps and websites. The bigger your apps, the better AWS can make it! With its growing popularity, learning Docker and AWS has become a great way to forge ahead in your career.

If you ever wanted to learn about scaling your web applications with Docker or even simply learning about Amazon Web Services (AWS), then this is a great course for you!

The main component in this course is to focus on learning exactly how you can scale your web applications using Docker and AWS. The course will focus majorly on the Amazon ECS, Amazon’s EC2 Container Service and how it will manage a cluster of Docker containers.

We will start by becoming familiar with AWS and then performing a deep dive on Amazon ECS, where you'll learn everything there is to know about it. You'll also get familiar with Amazon ECR which is Amazon's private Docker registry. From there, you will focus on Dockerizing a multi-service Ruby on Rails application, as well as profiling that application with Docker and other open source tools.

If you have no previous experience with Ruby on Rails or you have no interest in learning Ruby on Rails, then you can simply skip the development section and create a Docker image, by using a few simple commands (mentioned within the course).

The course will also include taking the knowledge learned from previous sections and deploying the application to production on AWS in a fault tolerant way. As well as, how to calculate costs for a real life project hosted on AWS and load balance the web application so you can scale out to as many hosts as you need.

The entire course is extremely hands-on and there is so much that you’ll actually learn through this. The best part about this course ais the interactive labs, that will show you how to actually start building and deploying with Docker and also working with AWS.

Let’s take a look at what you will learn in this course:

With over 6 hours of content divided into 60 systematic lecture, at the end of this course, you will not only learn the theoretical applications of Docker and AWS, but also how to actually work with Docker and scale your apps. You will also be eligible to apply for jobs in this sphere.

Enroll now and become a Docker Demon with our Docker and AWS course! 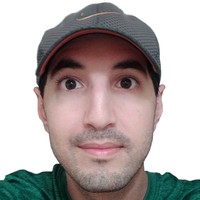 Hi, I'm Nick and I've been a self taught software developer for about 20 years.
I'm also a Docker Captain, which means that Docker personally reached out to me to join their team as a trusted content provider and community leader.
Over the years I've worked as a consultant doing contract work for various clients while also hacking away on my own projects because it's what I love to do.
All of my courses have been created from experience I've gained while being in the trenches and figuring out things through real world experience.