Redis in an open-source, in memory data structure store that is commonly used as a database, cache and a message broker. It be compared to memcached, but it offers better features such as support for data structures and better data handling. Redis is used as a medium to process vast amounts of data.

In addition to a database, Redis is also popularly used for real-time chat logging, scoreboards, or simply a powerful caching engine. So, here’s how you can get started with Redis.

In this Redis course, you will get down and dirty with Redis, learning exactly how to get started working with this brilliant database. This tutorial will start with Data Types and Commands, and is filled with numerous examples. Post this, you will also learn by integrating Redis with a PHP and Python client that will show you exactly how easy it is to use Redis as an abstracted adapter in two popular languages.

We encourage you to use SSH or Linux when working with the Redis CLI, as the Windows Binary can be a bit unstable at times. At the end of this course, you should feel prepared enough to be able to start working with Redis on your own. 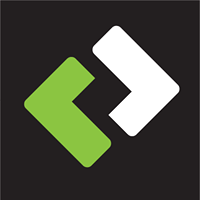 My name is Jesse.

I was born in Michigan, but I've been living in Central Florida the past 10 years.

I've been programming since I was 12. Beginning with QBasic in school, IRC Scripting at home, and HTML in Netscape Navigator on weekends. In those days I had to "View Source" to figure out how to do anything! I wrote my first website at this age using the GeoCities free websites. I then moved to AngelFire for a while. Remember those days?

When I hit 20, I spent several years freelancing with the skills I picked up from terribly long nights of studying. Freelancing was difficult for me because being a salesman wasn't in my blood, but I enjoyed the coding parts! I primarily used Linux, PHP, MySQL, and CSS. Then jQuery a bit later.

These days I live in the corporate world. I work with a small team of people and I enjoy it. I'm doing all sort of things from building solid back-ends, REST API's, HTML5/JS games, Python Django, and sometimes a bit of monkey work.

I hope you can benefit from my years of learning, I try to present it in a simple way so you don't need wrestle with all the questions I had!