Whether you agree or not, but for any application, its database is very essential. And often, it’s difficult or confusing for developers to choose the right database for creating their applications. Several popular databases are available which provides 100s of options and features.

With the likes of popular databases like MongoDB, Oracle, & MySQL, Redis is also gaining its popularity within the NoSQL database community. And already, some big names like Github, Twitter & others are using Redis - mainly because it is an open-source & allows developers to organize data using a key-value storage method.

Redis also supports different kinds of abstract data structures. These include maps, lists, strings, sets, sorted sets, streams, HyperLogLogs, spatial indexes & bitmaps. It is a powerful database & considered perfect for high-performance jobs such as caching. Because of these reasons, the demand for learning Redis has grown over the last few years. Considering this, we have created this online course that will cater to all your learning needs regarding Redis.

What You Will Learn?

It begins with a basic introduction to the Redis & it is followed by the installation of Redis in Ubuntu & Docker. After this, you will also learn the importance of Redis in the current world. Other important concepts like Redis-cli, NodeJS Redis-cli, Hashes, Sets & Sorted Sets are also included to give you a complete understanding of Redis.

It’s never too late to learn something new, especially if it a need of an hour! Begin with this online course now to master the concepts of Redis in no -time! 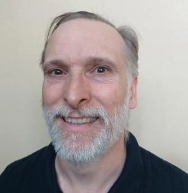 I am about creative problem-solving.