You will make a path-finding algorithm called 'A Star.' You can use A* in many different platforms, programming languages and more.

You will learn how to use the A* algorithm to make a 2D game in Unity. A Super Tank on a maze will find the best way to go to a point you click. The tank will collect objects along its path.

This course's topic is bulletproof knowledge.

Glauco has a decade's experience in game development. He makes games in Unity, Unreal, and HTML languages. He works with languages like C#, C++, and JavaScript.

With Glauco you will learn to make games in the most efficient and cleanest way possible.

The power of the A* algorithm

The A* is the base algorithm for path finding. A* is artificial intelligence that will find a path. This algorithm has existed for decades.

A* is also important to avoid dangers like a cliff while getting to a destination. As well - suppose a game's level has two paths. You can program your artificial intelligence player to think on its own. It can choose a better path to avoid monsters and other obstacles. 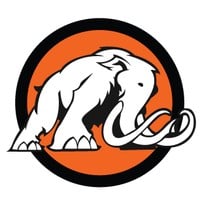