The future of development is here – Virtual Reality. The next logical step in development now requires being able to build apps and games or even objects for VR. The world of 2D is now slowly becoming obsolete, with realities such as holograms and 3D becoming more and more common.

So, if you want to stay ahead of the game and learn how to start programming and developing for Virtual Reality, then we've got just the course for you!

Virtual Reality might seem like a difficult concept to program and develop for, but with the right course and guidance, you’ll be able to not only learn the fundamentals of VR, but also actually start building for VR.

In this course, you will go over the fundamentals of VR, covering important concepts such as designing objects, various tools, learning A-Frame programming, textures, transformation, and so much more!

Every part of this course is extremely hands on and you are urged to actually work along side the instructor to build real life programs. With Platforms like Oculus and PlayStation VR, other companies are already gearing up for offering VR in their latest products! So, you can join the lines of one of the most demanded programmers in today’s world with this course!

You will be provided with the full source code to aid in development during and after this course. The source code is free to use in as many projects as you wish.

What you will learn in this course:

Enroll Now and don’t miss you chance to be the first few to step into the future of VR! 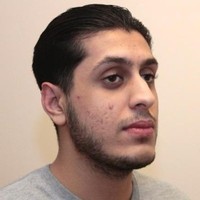 I am CEO of Sonar Systems which is the world leader in educational material for the game engine Cocos2d-x, one of the best and most popular game engines in the world. With years of experience programming and running an online education platform (Sonar Learning) I can help and support new programming like you.
I am also a University Lecturer teaching a variety of topics in Games Programming from Games Design to OpenGL Shader Programming.
I am also a published author of games design and soon to be released Responsive Web Design. I have all the facets required to educate and inspire.