Master one of the most important aspects of programming the language. Language plays an important role when it comes to programming and is definitely one of the first things that a developer must learn in order to start their journey as a programmer or developer.

These languages are practical, powerful and can help you get started on your journey to becoming an amazing programmer.

The course focuses on 3 major languages that are popular today : Bash, Python and Ruby.

Bash is the scripting language that is used for automating tasks in Linux. Linux scripts are not just great for automating, but also helps simplify complex tasks and even help solve real-world problems. While learning how to write scripts is easy, it is a little more difficult to write good and effective scripts. In this course, we focus on exactly that. We will show you how to write amazing scripts that can not only reduce repetitive tasks, but also can be integrated into your real world projects.

Python is another popular programming language that focuses on back end development that can help you do much more using fewer amounts of script. This course focuses on helping you learn exactly how to get the most out of Python.

Lastly, we will focus on Ruby. Ruby is a dynamic programming language that focuses on simplicity and productivity. It was designed to support multiple programming paradigms, including functional, object oriented, and imperative. It is used for building apps and websites on Linux and UNIX.

In this course, we will help you learn everything you need to know about these powerful programming languages, including how to write the basic scripts, important syntax rules that you should remember, best methods of writing powerful scripts, automating tasks using code snippets, and will even help you write actual codes that you can use in real world projects.

What you will learn in this course:

So what are you waiting for? Enroll to become a master at writing programming scripts! 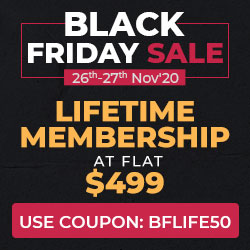