Do you want to become a Python Developer without having to spend a lot of money on books and boring theoretical courses?

Are you a network professional who wants to start automating network tasks using Python?

Or maybe you're seeking a raise or even a career change?

Join thousands of successful students who have decided to learn Python, upgrade their networking skills and boost their careers using this 100% hands-on course!

Python network programming (v2.7) course aimed not only at network professionals, but at anyone having little or no experience in coding or network automation and a great desire to start learning Python from scratch. This hands-on Python Network Programming training takes you from "Hello World!" to complex network applications in less than 15 hours.

During this course you will learn Python concepts which are relevant to your networking job and build some amazing network tools using Python:

Sounds unbelievable given your current programming experience? Well, it's true! How?

First, you will learn and practice every Python key concept, which is explained in one or more video lectures, followed by a short quiz. Each video is filled with relevant examples, in a learn-by-doing fashion and the quizzes will help you consolidate the main ideas behind each Python topic.

After laying the foundation (and also exploring some advanced Python topics), you will dive right into the real-life network scenarios and apply your knowledge to build 7 great network tools using the power of Python.

Equipped with working files, network topologies and Python code samples (in .txt and .py formats), you will be able to work alongside me on each lecture and each application. I will provide a virtual machine with all the Python modules already installed and also the full code for each application, so you can save time and start coding and testing on the spot.

We will use emulated routers in GNS3 to test our Python apps in a network environment, so you can see the actual results of running your Python code. You need to find yourself a Cisco IOS image (from Cisco's official website - contract required) to load into GNS3 or practice all the concepts on real network devices you have at your job/home.

I encourage you to learn Python, an amazingly beginner-friendly programming language and take your (networking) job to a higher level of automation. 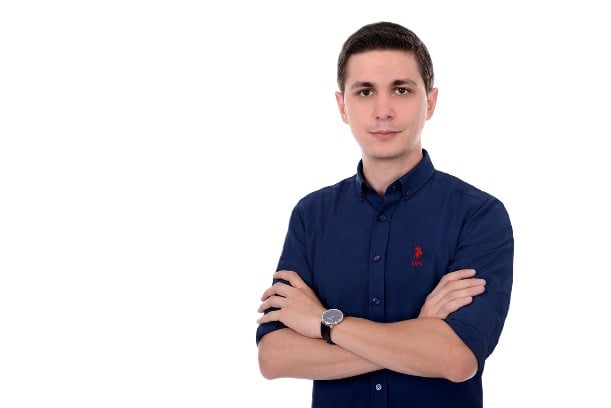 Hi! My name is Mihai. I have a degree in Telecommunications and Information Technology from University Politehnica of Bucharest, Romania and also the CCNP, CCNA, CCDA, JNCIA and ISTQB CTFLcertifications.

As a Network Engineer and Programmer...