The identity theory of mind holds that states and processes of the mind are identical to states and processes of the brain. Strictly speaking, it need not hold that the mind is identical to the brain. Idiomatically we do use ‘She has a good mind’ and ‘She has a good brain’ interchangeably but we would hardly say ‘Her mind weighs fifty ounces’. Here I take identifying mind and brain as being a matter of identifying processes and perhaps states of the mind and brain. Consider an experience of pain, or of seeing something, or of having a mental image. The identity theory of mind is to the effect that these experiences just are brain processes, not merely correlated with brain processes.

Some philosophers hold that though experiences are brain processes they nevertheless have fundamentally non-physical, psychical, properties, sometimes called ‘qualia’. Here I shall take the identity theory as denying the existence of such irreducible non-physical properties. Some identity theorists give a behaviouristic analysis of mental states, such as beliefs and desires, but others, sometimes called ‘central state materialists’, say that mental states are actual brain states. Identity theorists often describe themselves as ‘materialists’ but ‘physicalists’ may be a better word. That is, one might be a materialist about mind but nevertheless hold that there are entities referred to in physics that are not happily described as ‘material’.

In taking the identity theory (in its various forms) as a species of physicalism, I should say that this is an ontological, not a translational physicalism. It would be absurd to try to translate sentences containing the word ‘brain’ or the word ‘sensation’ into sentences about electrons, protons and so on. Nor can we so translate sentences containing the word ‘tree’. After all ‘tree’ is largely learned ostensively, and is not even part of botanical classification. If we were small enough a dandelion might count as a tree. Nevertheless a physicalist could say that trees are complicated physical mechanisms. The physicalist will deny strong emergence in the sense of some philosophers, such as Samuel Alexander and possibly C.D. Broad . The latter remarked (Broad 1937) that as far as was known at that time the properties of common salt cannot be deduced from the properties of sodium in isolation and of chlorine in isolation. (He put it too epistemologically: chaos theory shows that even in a deterministic theory physical consequences can outrun predictability.) Of course the physicalist will not deny the harmless sense of "emergence" in which an apparatus is not just a jumble of its parts (Smart 1981). 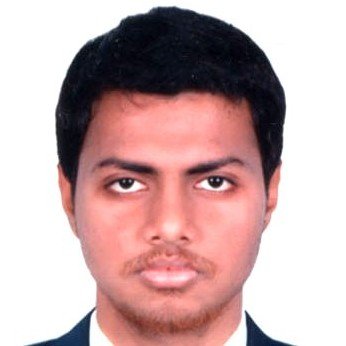 Have done several trainings and courses from many places and websites including Google, IBM, Saylor, CFI, eMarketing Institute, WHO, POLHN, PAHO, Alison etc. and working as instructor in Udemy, Airtract, Bitdegree and Simpliv ! You can connect with me and view my certificates, achievements and badges in Facebook & LinkedIn.