Kubernetes or K8 is gaining popularity among the app developers because of its myriads of advantages. It is basically an open-source container-orchestration system. It helps in automatic deployment, scaling and management of the containerized application. Kubernetes comes with several advantages like easy availability of tools or services, ability to run any containerized application, resource isolation, horizontal scaling and others. Whereas, containers act as a logical packaging mechanism from which applications are extracted to the environment where they actually run. It has several benefits too. Containers are small and fast, have their own file systems are portable across clouds, is highly efficient and much more. All of these properties have significantly increased the demand of the individuals having the knowledge of Kubernetes and Containers. Due to which we brought this course revolving around the concepts of Kubernetes and Containers.

Why you should take this Course?

A Basic intro of Kubernetes and Containers

Docker installation, creating a dockerfile and containerizing an application

Tool to run K8 such as Minikube

This technology is constantly becoming popular among the app developers and if you do not yet understand Kubernetes then it is the right time to master this technology. Start now, in order to become the expert of tomorrow. 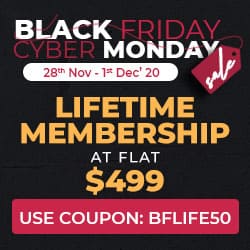