Welcome to The Complete Flutter App Development Course The Worlds First Complete Dart and Flutter Course. I am so excited to introduce this new course to all of you! Firstly, if you havent heard ( I am sure you already have, but just in case), Flutter is the new Cross platform Mobile Development Framework created by Google, which allows developers to build Android and iOS Apps.

Why is Flutter a BIG Deal?

Well, Flutter is a big deal because any developer ( or anyone who wants to learn mobile development ) can now build Native Android and iOS apps with one codebase ONLY! Which means, instead to having to learn ObjectiveC or Swift to build iOS apps, and Java, or Kotlin to build Android apps, you can now use Flutter Mobile Development Framework to build apps that run Natively on both iOS and Android devices using the General-purpose Dart Programming Language. 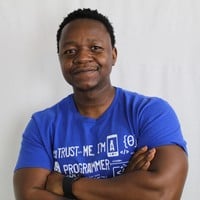