Porting apps and software used to be a very difficult task. You couldn't simply shift your software onto a system. It required the right version, the right software support, the correct drivers and even the corresponding hardware. All of this was before Docker came into the picture.

Docker has become the dominating figure within the development and testing world. It has changed the way apps and software is designed and tested. Long gone are the days of programming your apps for different enviornment.

Docker is a container that wraps software and all required file systems into a container that can be shipped to another computer. That's not all thought, you can also run the software without having to download or modify the settings on the system that you are porting it to. This simplifies the process of creating enviornments or even testing software.

Start your journey into the world of Docker with this mini-course. Learn about Docker, it's main components and use cases. The course will start with a detailed introduction to DevOps, including covering many misconceptions and the infrastructure requirements. Then you will cover Docker, it's uses and how to create a simple Hello Docker project. The last two sections will deal with learning in-depth about Docker containers and how to install Docker and get started building your own images.

In this course, you will learn:

You would not only learn the theory behind Docker, but also get hands-on experience on Docker with this course. With so much to learn what are you waiting for? Let's become a Docker Doctor! 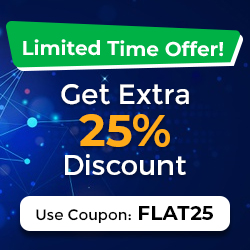